what do u preffer dogs or cats

• What is it like to be an medical engineer?

• How many degenerative diseases are there?

Is your job stressful as a manager?

What is your life ambition

what current engineering project are you working on?

Did you watch Eurovision?

wag1 tom is your work difficult

Click here to ASK any questions you have about engineering.

Click here to CHAT in online text chats booked by your teacher.

Click here to VOTE for who you think should win. 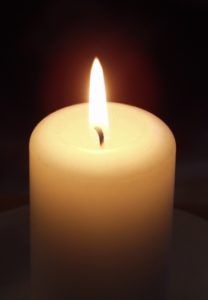 A common candle emits light with a luminous intensity of roughly one candela. | Image: Wikipedia

For most of history, luminous intensity (how bright something is) was measured by the brightness of a ‘standard candle’ flame. However, as each country was using a different type of candle it wasn’t a very consistent method. Scientists have since defined the base unit of luminous intensity as a Candela, which is roughly the same as the amount of light emitted from a common candle. A light bulb is bright, but the Sun is much brighter, so the Sun has more candelas than the light bulb.

This is a general engineering zone, with six engineers all working in different areas. One is working out how we can download HD videos in less than a second, one is working with vehicles deep under the ocean and one is designing controls used for heating and cooling rooms, from Olympic stadiums to your classrooms at school. Another is designing tanks that store gas from cow poo and using this gas it to power lorries, one is making cameras used to film movies and one is working to cure degenerative diseases using materials such as graphene.